The mens wear dhoti kurta is traditional attire in India. Even though the dhoti is worn across the country, there are variations in style, color and pattern, which are dictated by the cultural practices of that particular region. 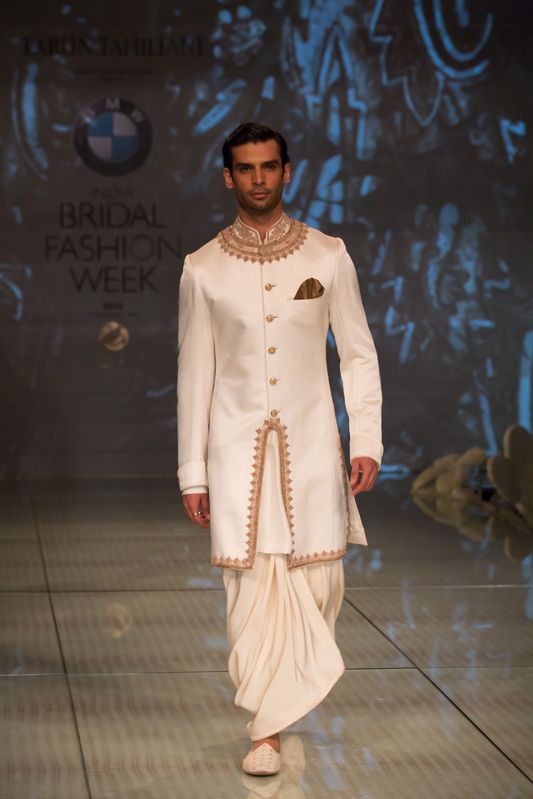 The dhoti kurta has many different names; dhotar in Maharashtra, Mundu in Kerala and Lacha in Punjab.

The term ‘dhoti’ originates from a Sanskrit term called ‘Dhauta’. It is an attire that has been worn from the beginning of recorded history. Apart from India, dhotis are worn in the Maldives, Bangladesh and Sri Lanka. It is the most commonly worn attire amongst leading politicians in India. Dhotis are commonly made in cream or white. A typical dhoti requires up to five yards of material to make. Silk and cotton are the fabrics of choice for this attire. In southern states like Kerala and Tamil Nadu, dhotis are in cream with a gold border. This lends it a sophisticated and richer look. It takes five knots to wrap a dhoti in the southern style.

In other parts of India, dhotis are worn like a pant where a portion is taken from between the legs and tucked behind and not like a skirt or loongi as in the south. 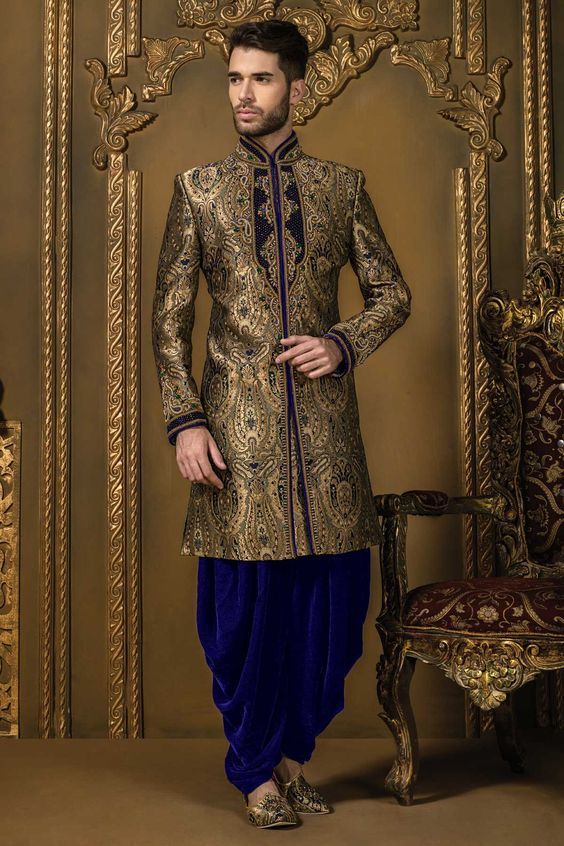 The humble dhoti has undergone many innovative changes. From the loongi style, it has now evolved into something structured like a pair of pants. This attire looks like a dhoti from the front but is actually a pair of pants. This unique innovation is a unisex form of dhoti as well, meaning it can be worn by both men and women. It is especially popular with younger crowds.

In addition to style, dhoti kurtas are also made in different colors such as maroon and blue. 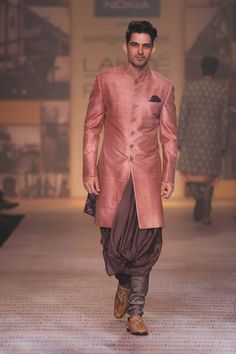 In Southern India, mens wear dhoti kurta is worn during a festival or marriage ceremony. It is part of formal attire amongst politicians. You’ve likely seen pundits adorning dhotis while performing poojas and other religious incantations. Dhotis are also regular attire worn in many rural regions of India. Cotton dhotis are worn in all seasons. They’re especially popular during the hot and humid pre-monsoon months. Silk dhotis on the other hand are ideally worn during formal, festive and traditional occasions. 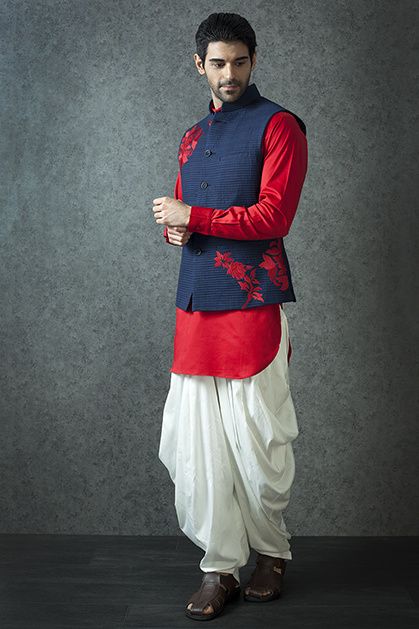